Category: News about us 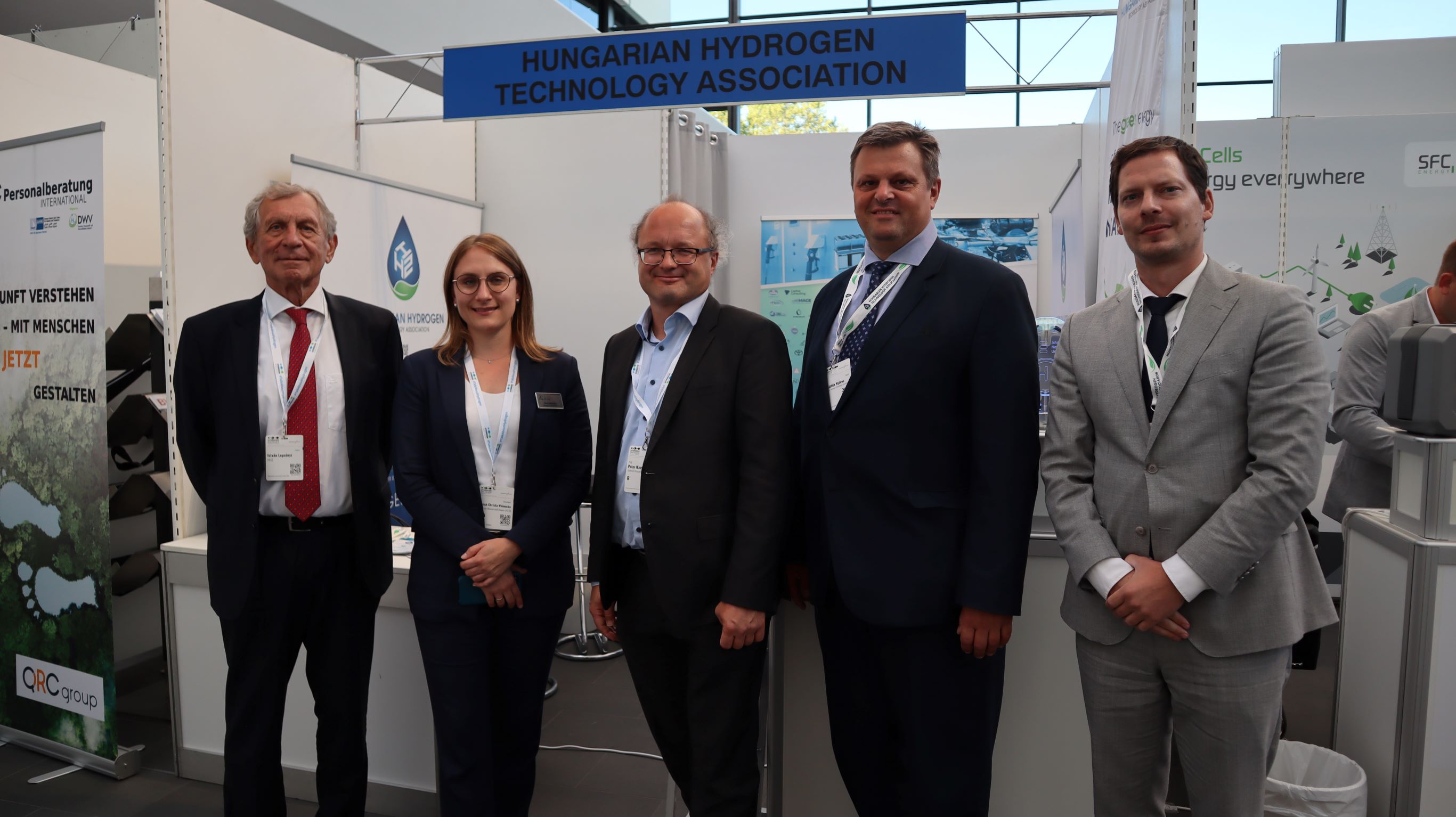 By hydrogen car from Budapest to Nuremberg and back. 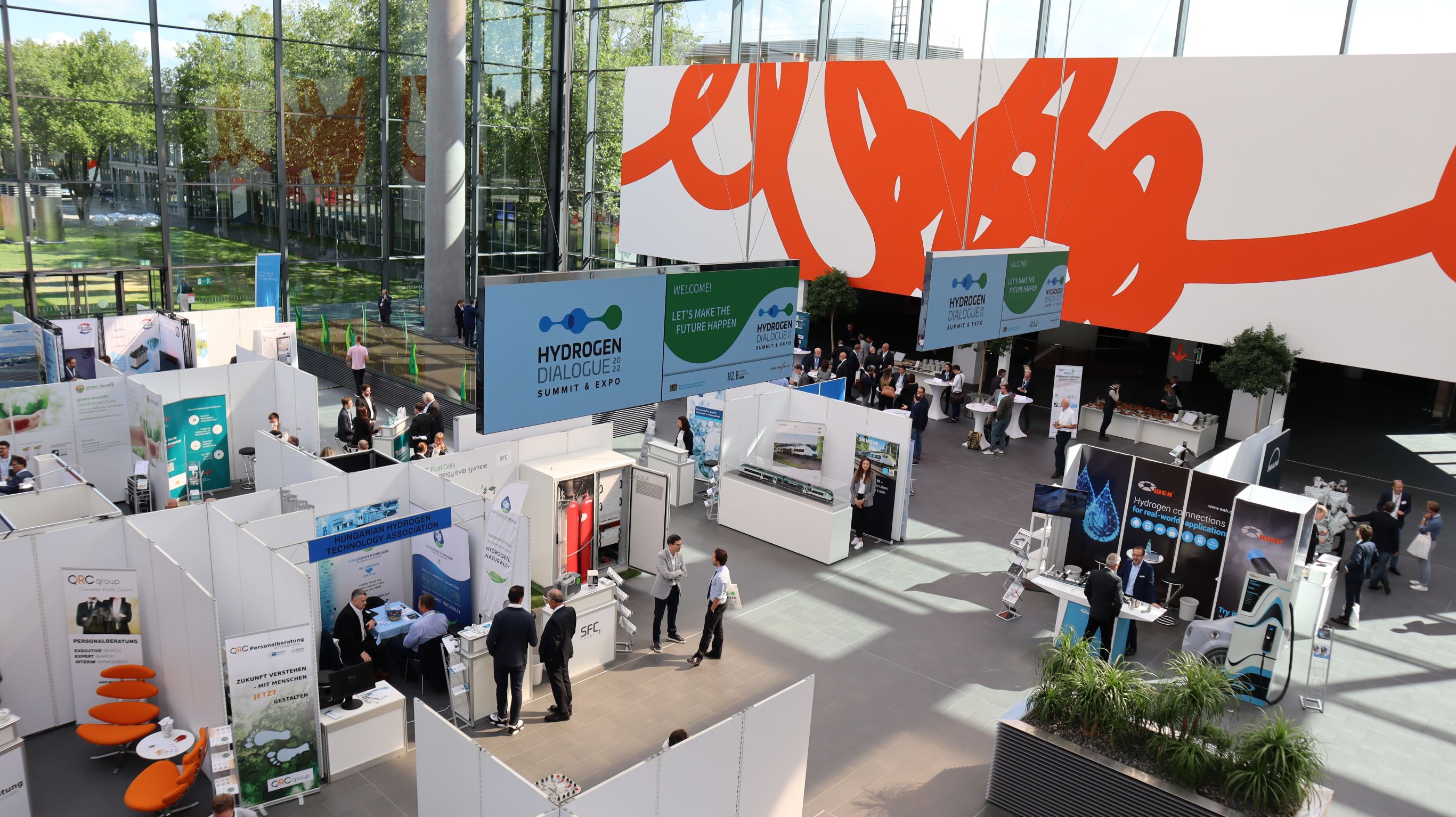 The Hungarian Hydrogen Technology Association is working to develop the hydrogen economy in Hungary as soon as possible, in order to be able to provide an alternative solution for energy independence, the diversification of energy supply, promote climate protection and energy supply security, therefore the Association’s leadership held a professional meeting with the heads of several large German companies and German research institutes with Prof. Dr. Peter Wasserscheid and co-director of the Bavarian Hydrogen Association. The cooperation between the two hydrogen associations will intensify in the coming period, as a preliminary agreement was reached at the meeting on the launch of a professional workshop, the development of the Hungarian-Bavarian supplier program and the next year’s conference – where Eastern Europe would be the focus.

According to the vision of the Bavarian association, it would be important to initiate a blue Danube hydrogen project, the essence of which is to connect production along the Danube, transport and seasonal storage in the countries along the river. 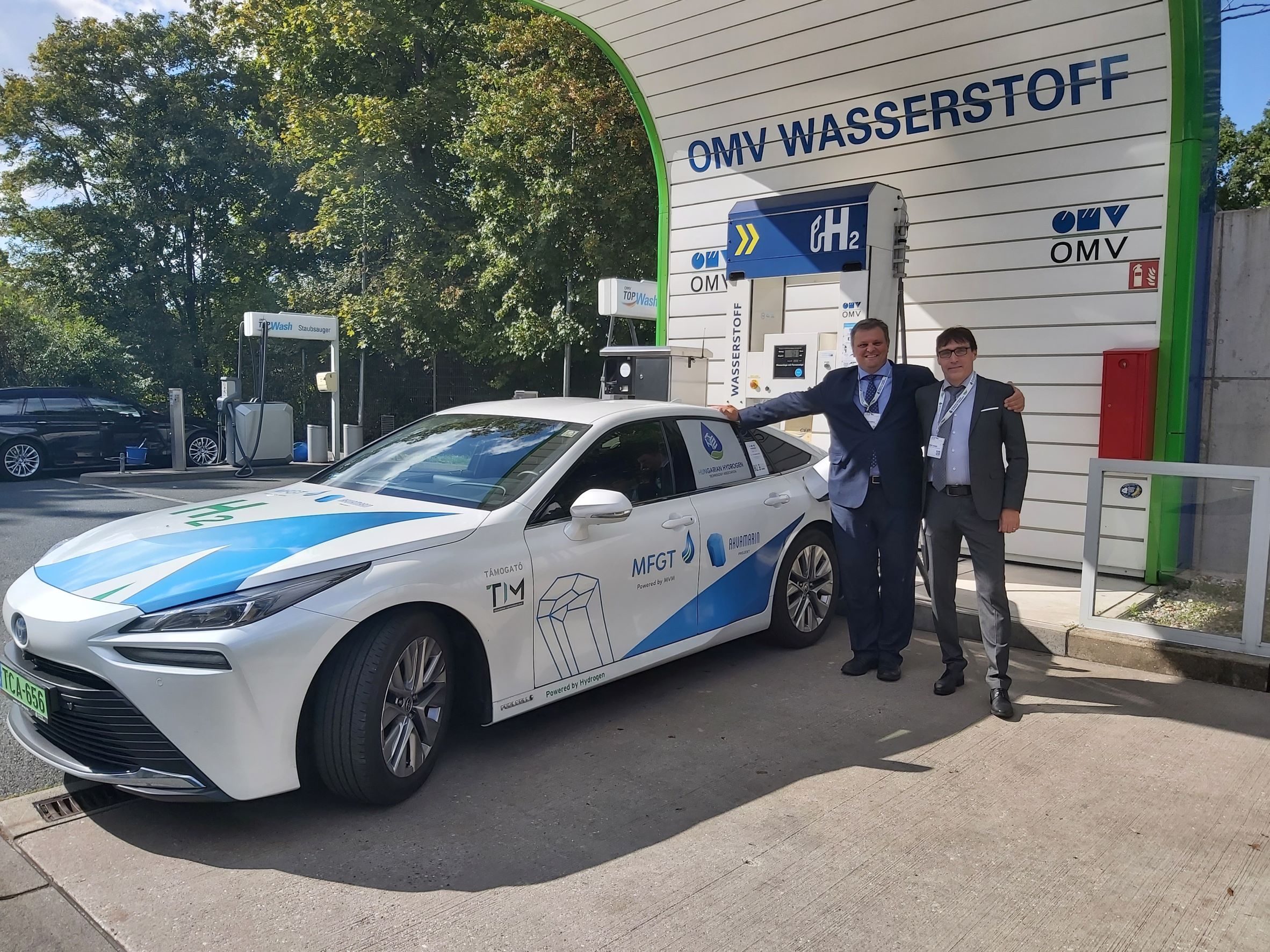 The Hungarian Hydrogen Technology Association, with the support of the MVM group member, Magyar Földgáztáróló Zrt, and the Bavarian Hydrogen Association, set off from Budapest to Nuremberg with a hydrogen-cell TOYOTA MIRAI. The aim of the initiative was to prove that hydrogen cars and even long-distance car tours are an everyday part of this technology, and to help the development of the technology with personal experience, and to gather valuable experience for the development of the domestic well network. 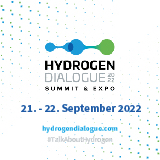 Europe’s largest companies dealing with hydrogen technology, political and scientific decision-makers, but also interactive networking opportunities and a digital event platform await those interested at the Hydrogen Dialogue exhibition and conference in Nuremberg between September 21 and 22, 2022. The Hungarian Hydrogen Technology Association, in addition to ensuring the participation of its members who applied for the exhibition, promotes hydrogen cars in a joint initiative with Magyar Földgáztáróló Zrt and the Bavarian Hydrogen Association.

The Hydrogen Dialogue not only aims to bring together business, political and scientific decision-makers along the entire value chain of hydrogen for the successful market launch of the hydrogen economy, but also provides space for the presentation of new technologies at the accompanying exhibition. The colorful professional event is also colored by an initiative launched by the Hungarian Hydrogen Association. The Association is promoting hydrogen cars in a joint initiative with Magyar Földgáztórő Zrt and the Bavarian Hydrogen Association. A TOYOTA MIRAI with a hydrogen cell is going from Budapest to Nuremberg and back to prove, on the one hand, that hydrogen cars are already present and, on the other hand, that it can help the development of the technology with personal experience.

Organized by the Bavarian Hydrogen Association, visitors to the outstanding event in Europe can expect comprehensive company and project presentations by well-known companies and research institutes, top-quality lectures on the latest developments in hydrogen technology, and current topics in the energy economy. The Hungarian Hydrogen Technology Association will present itself at the exhibition at stand number 2 -06. 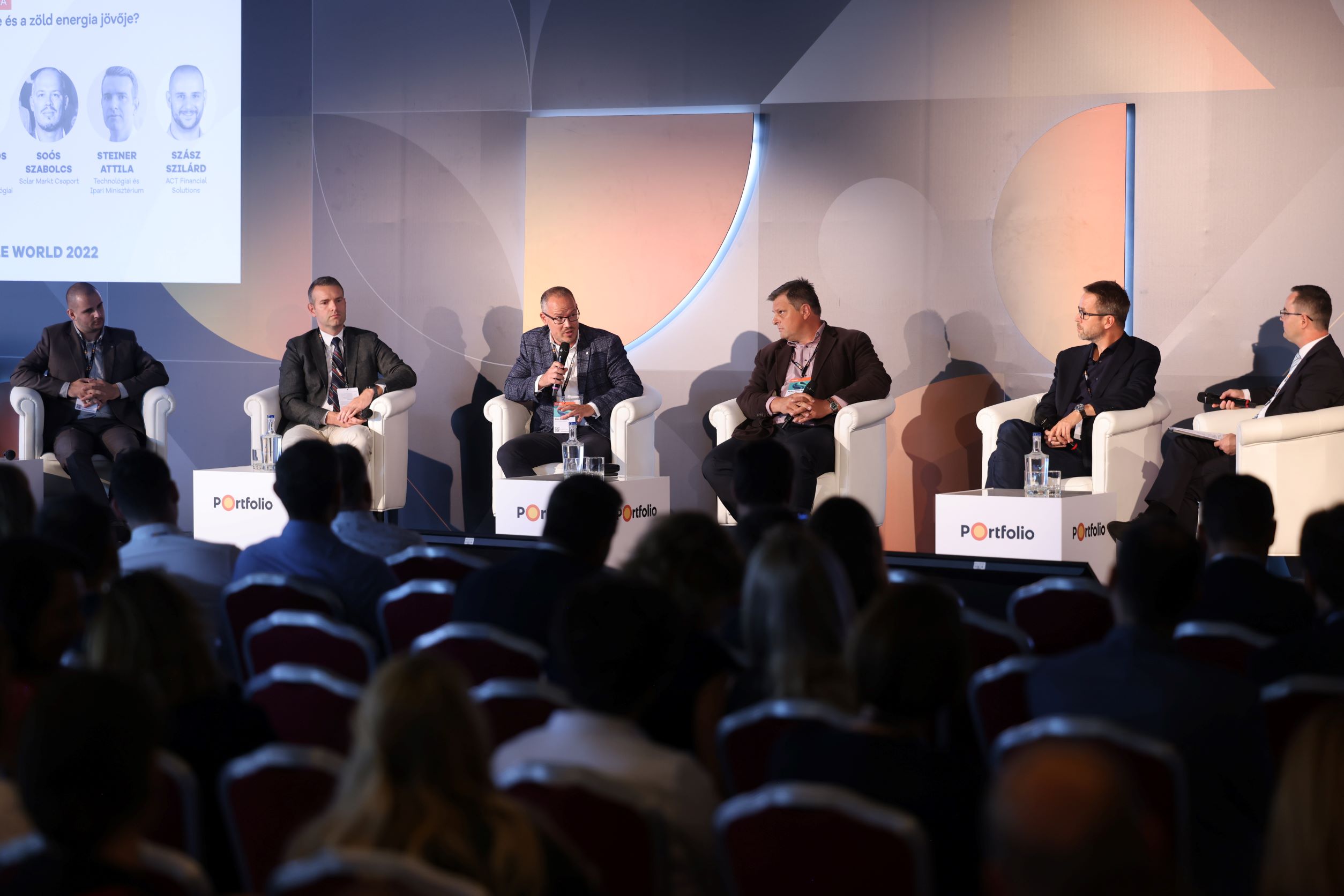 The energy market is in the spotlight, but there are still many open questions. What will happen to the grid development required for renewable energy, such as solar energy? When and how will the issue of energy storage or the great progress expected from green hydrogen be resolved? Among other things, these questions were analyzed by the experts of the third session of the Portfolio Sustainable World 2022 conference. During the truly eloquent panel discussion, the state secretary of TIM stated that today gas consumption has become a luxury, and the executive director of MHTSz spoke about the fact that the ETS should be suspended in order to avoid the question of “heat or eat”. 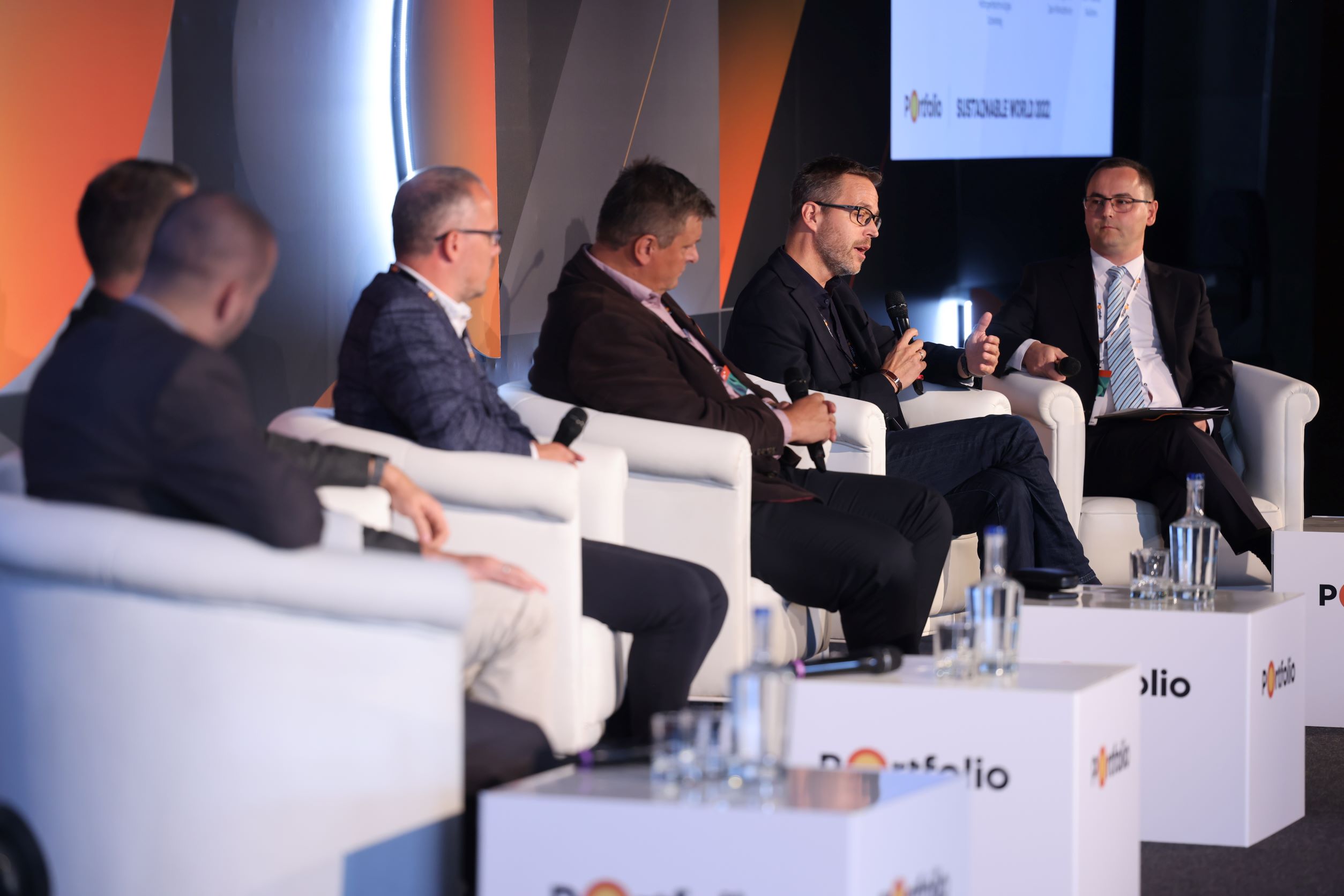 In addition to power plant production, the role of hydrogen will also increase. The future of seasonal energy storage is hydrogen, where large amounts can be stored that can really be of great use in crisis situations. The nightmare that there won’t be enough energy, it will be expensive and it will come from dirty sources: this has now been realized in all three respects.
To change this in all areas, hydrogen is the best solution. As far as transport is concerned, hydrogen may spread first in public transport, freight transport, then in rail freight and passenger transport, and finally, due to the high price, at the latest in passenger cars, but the same can have many advantages in agriculture. ETS should really be suspended to avoid the heat or eat question. highlighted dr. Attila Nyikos, managing director, director of the Hungarian Hydrogen Technology Association
According to Attila Steiner, State Secretary responsible for energy, Ministry of Technology and Industry, the main challenge is not which side of the triangle we are on, but how we can fulfill all three requirements and what the optimal balance will be. What are the structural changes that point in the direction of sustainability, what regulatory amendments, what subsidies are we introducing. Now all sectors of the energy market are moving, we should move in everything at the same time. Gas consumption has become a luxury, we must reduce consumption and move in the direction of renewables. – He told
The current negotiation in Brussels will be interesting, as there is little time for preparation, but from the government’s point of view, it is important not to accept a proposal that endangers the Hungarian gas supply, as we have a very high import exposure,” said Attila Steiner, State Secretary responsible for energy, adding , that due to the introduction of a possible price cap, the seller’s side may not be willing to deliver and this must be prevented. “We will examine all alternative solutions, but this cannot be at the expense of supply. In any case, it is encouraging that Germany also has a large exposure, and as Europe’s largest economy, gas supply is also extremely important for them. The high gas prices also pushed the electricity prices sky high, so there is also the question of how to intervene in the electricity prices, this will not be resolved in a day or two, I expect a protracted debate.” –
“Electrification is what we can use to reduce our exposure, if we have producers that produce clean energy locally. The goal is to ensure that the country’s import supply is as uninterrupted as possible, while charging as much as possible, and a window and door replacement program combined with heating modernization, which 100 percent non-refundable support can be provided to those with below-average incomes,” he added 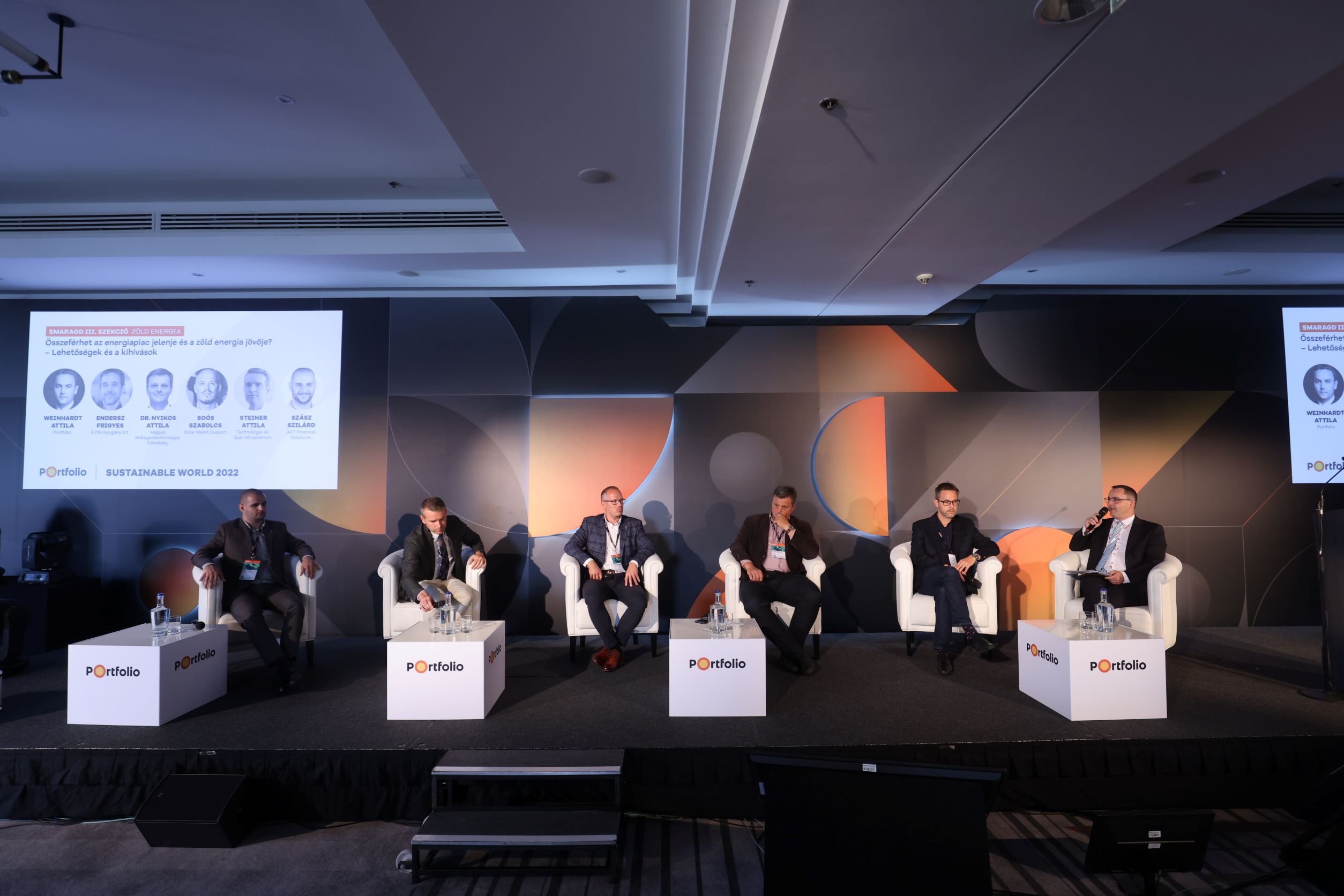 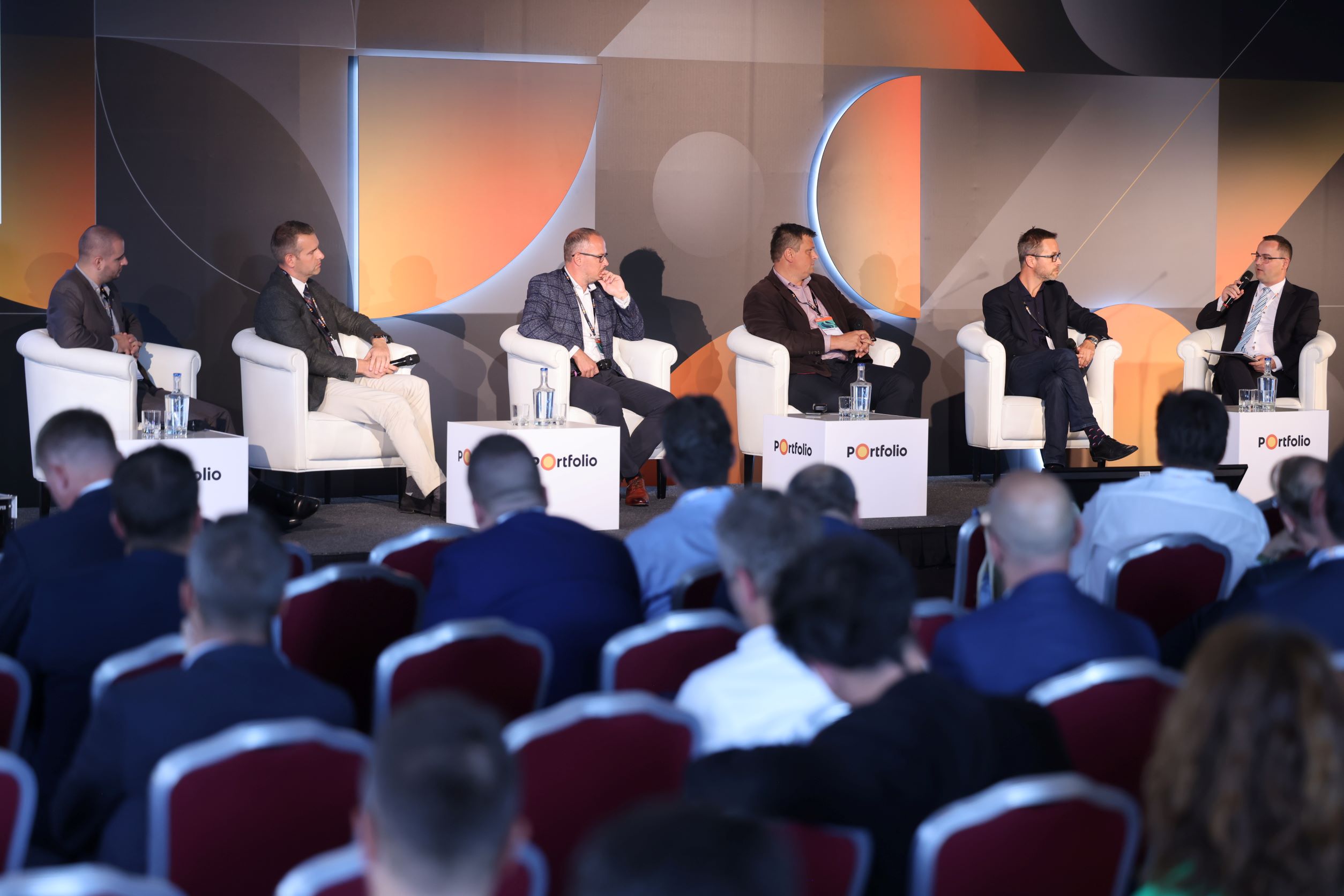